Due to the high costs of public infrastructure, Bucharest still finds out resources for the densification of the existing urban structure within the central zones. Floreasca is such a neighborhood, characterized by the proximity of natural lakes and parks, by low-height of Stalinist apartment blocks, and by relatively good preserved houses and villas areas dating from the beginning of the 20th century, which offer a general feeling of peaceful domestic life, making Floreasca one of the most expensive and appreciated zones of Bucharest.

This small apartments’ block occupies an unbuilt plot of land situated in the middle of a 3 storeys Stalinist blocks estate. The volumetric definition of the proposed intervention is strongly related to these neighboring buildings, while the layout logic and the architectural expression try to offer an attractive yet pragmatic answer to the design brief parameters. 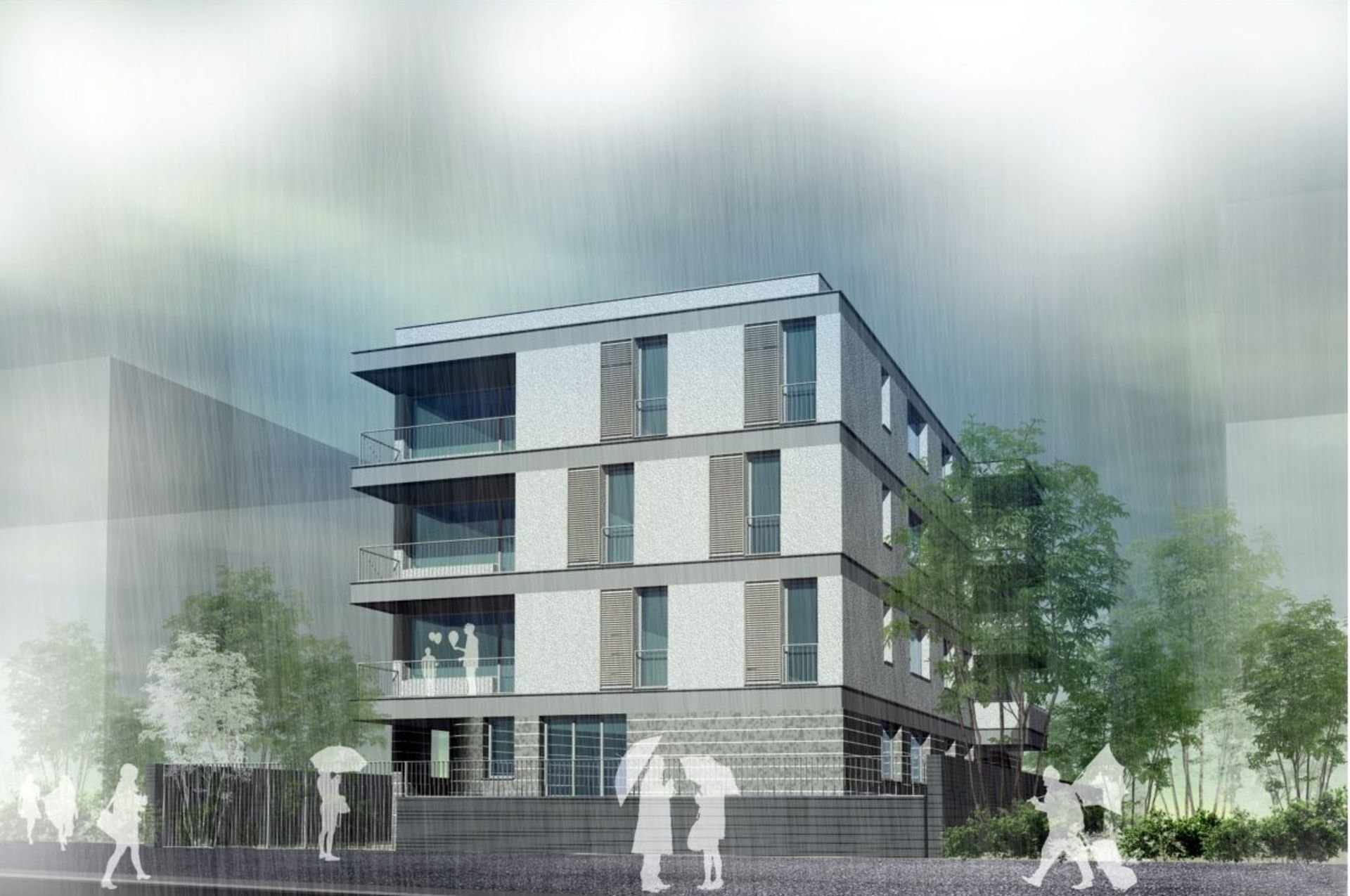 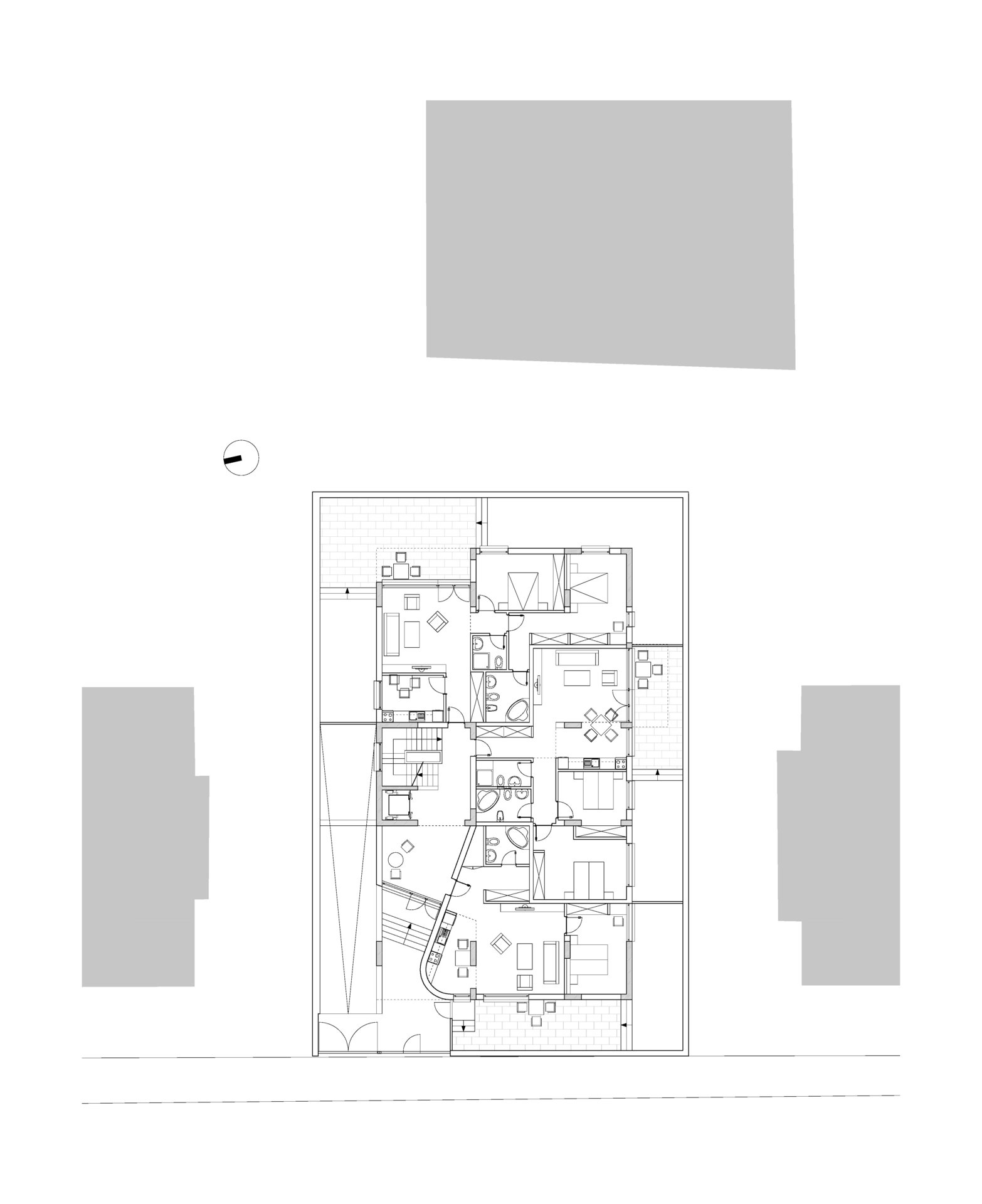