The new building completes the front with a compact volume of which the Ground Floor is a completely glazed portico, enabling a good communication between the hotel lobby and the street, while the first 4 floors are clad in Romanian limestone, and the 5th floor is withdrawn and clad in zinc sheets like the attics of the neighboring roofs. The bi-dimensional volume of the street façade is thus defined by several horizontal registers corresponding to the 19th century neighboring buildings’ registers, with a general expression related to the rules of the classical façades composition, specific to fin de siècle French style buildings that populate this part of Bucharest.

The functional scheme consists of 13 rooms and 8 apartments, with lobby and administrative offices in the Ground Floor, breakfast lounge and car parking in the basement. 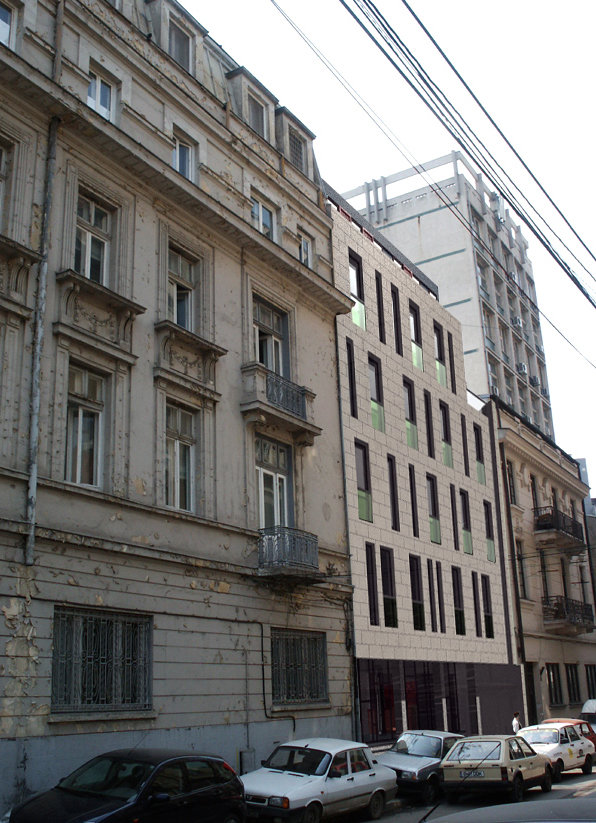 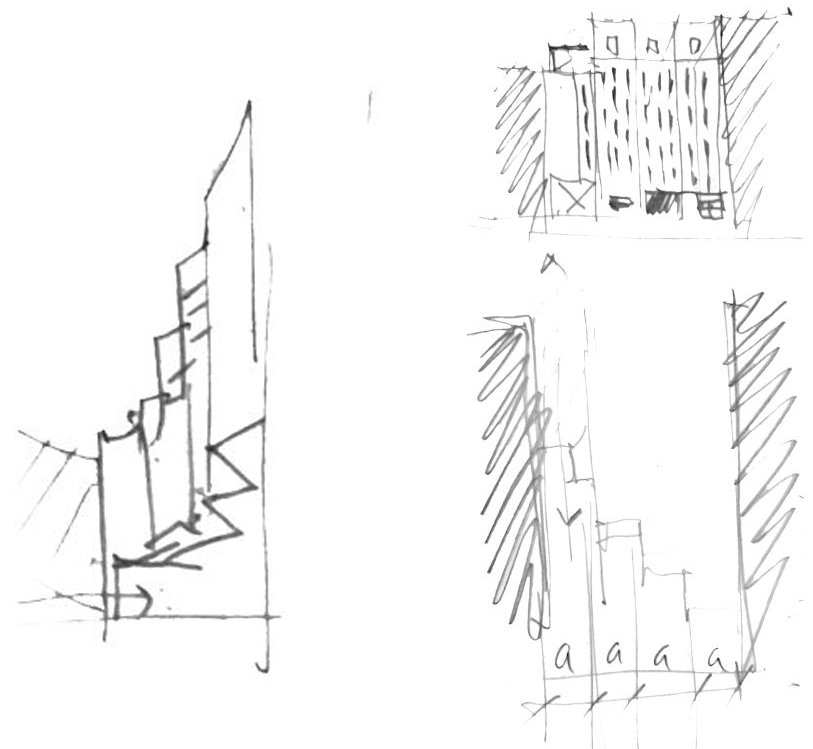 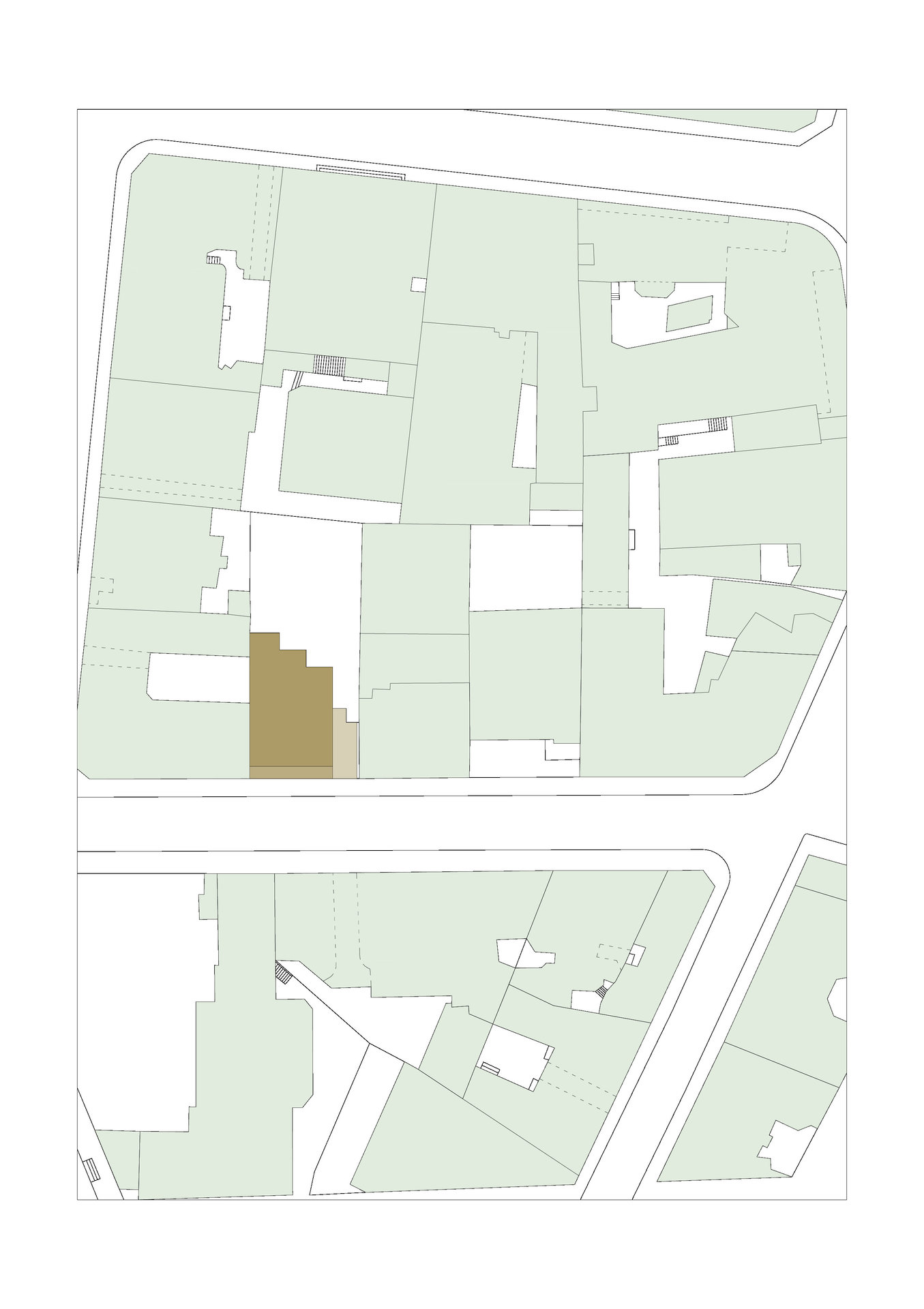 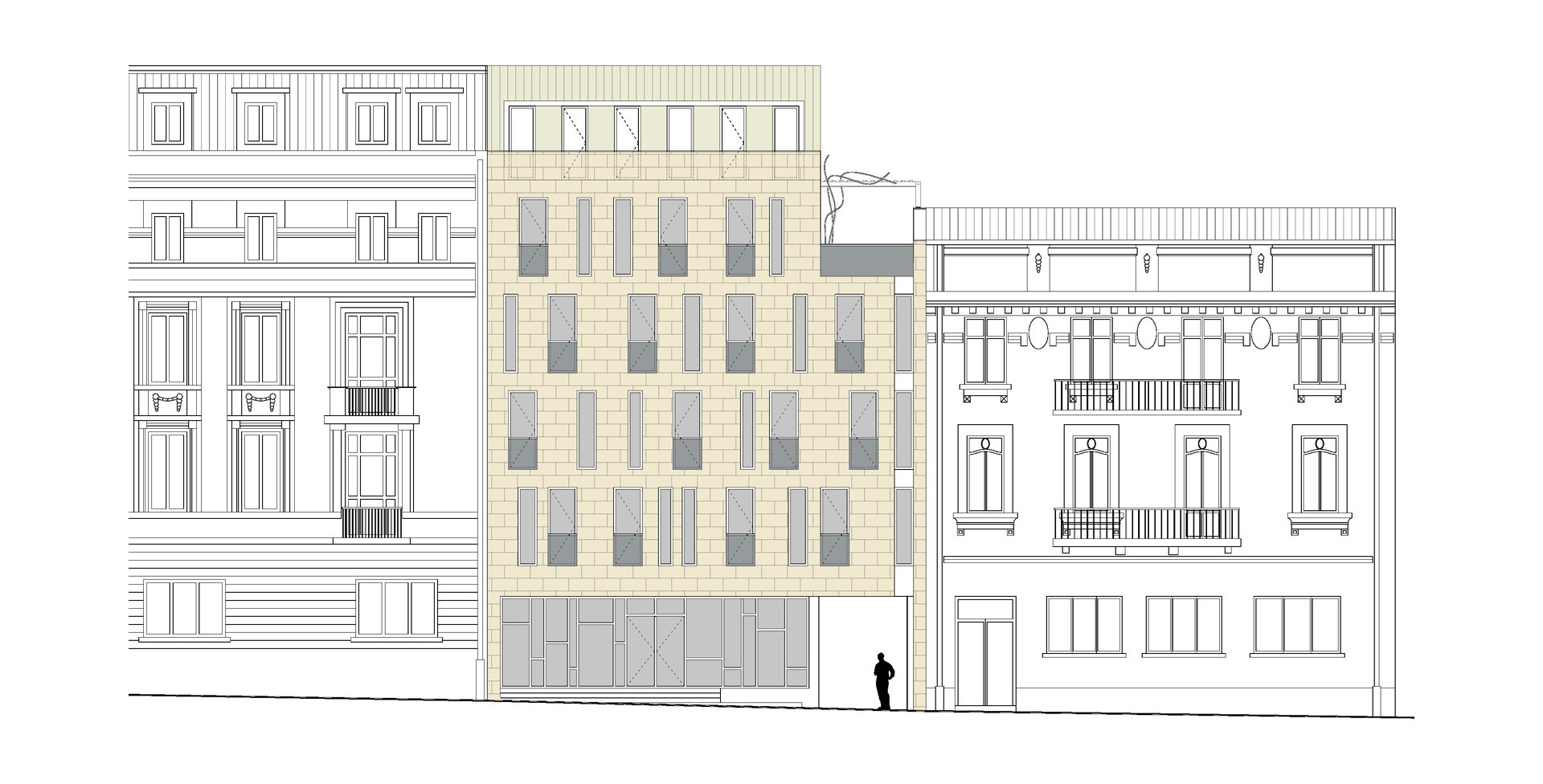 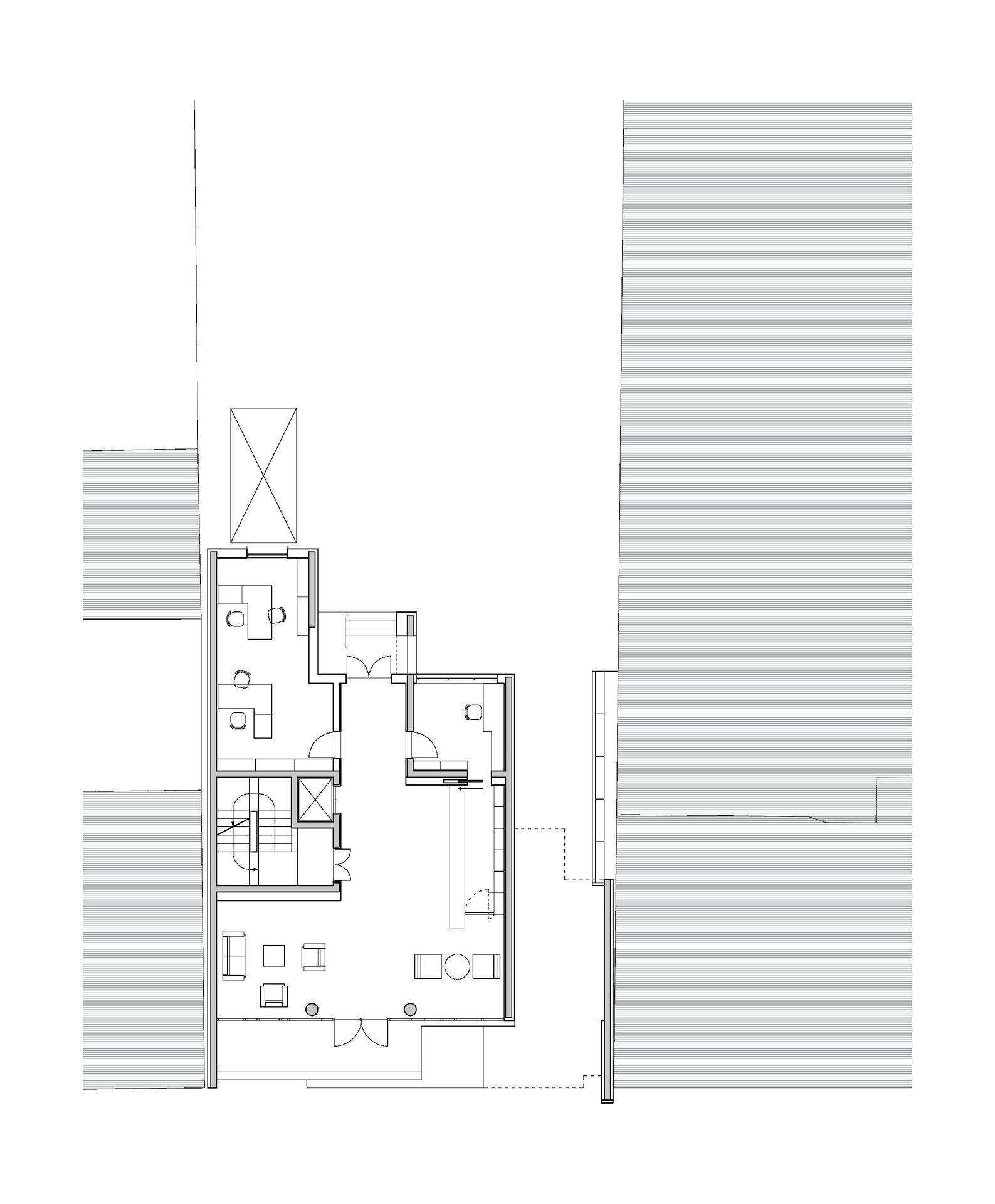 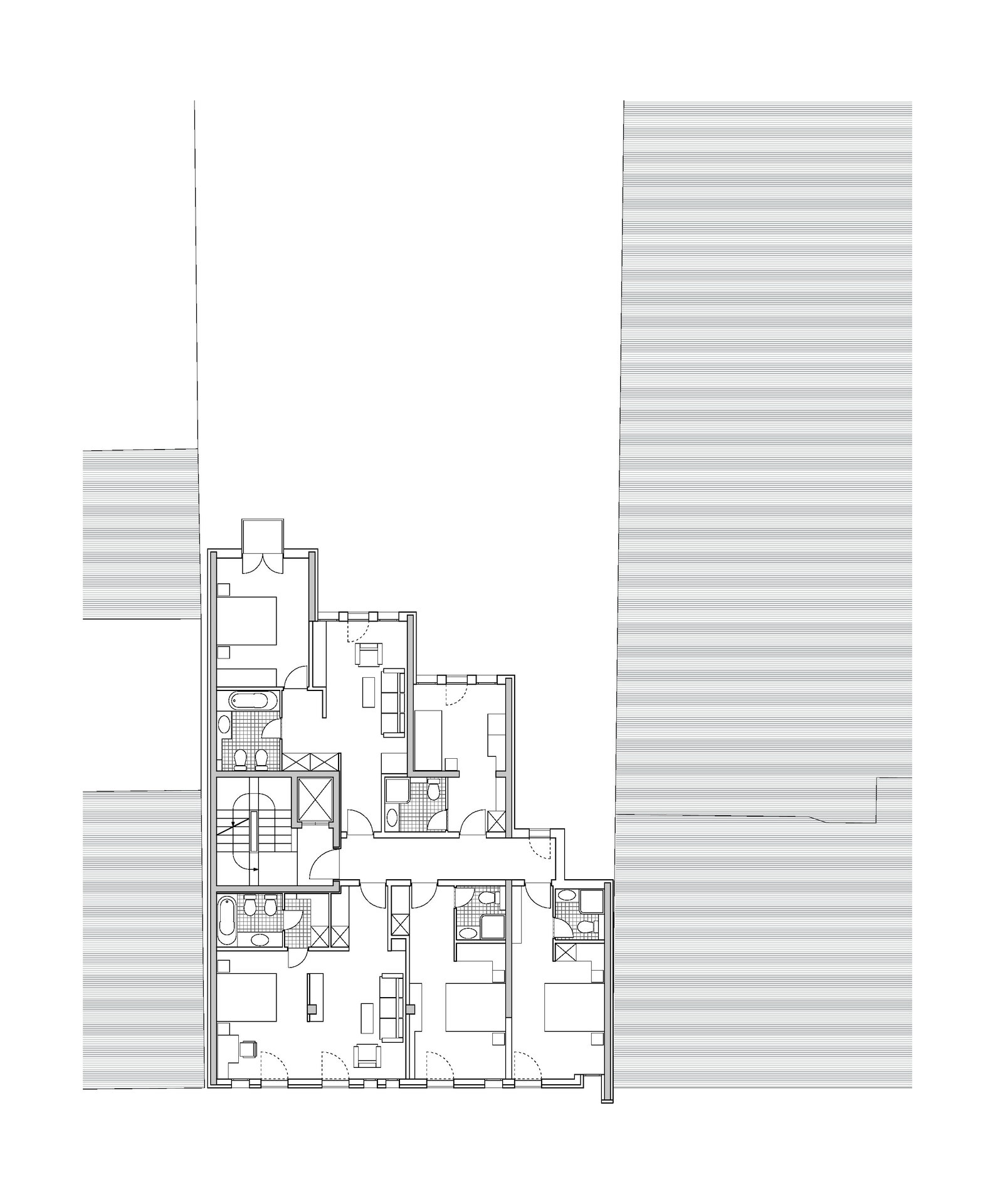