This small house stands up in the backyard of a typical Bucharest house from the 50's: the old house is the parents' house, while the new one was intended to belong to the new happily married couple composed of the daughter and the son-in-law.

Apart from the new couple's sometimes unusual demands resulted mainly from a very particular inhabiting set of rules, the biggest design challenge came from the limitations of the site, the bad sun-exposure, and the fragmented and incoherent existing context defined by the strong presence of the blind walls of the neighboring wagon-houses, along with the 10 storeys high block of flats. Therefore the derelict zonal context became actually a central design theme and subordinated the whole concept. It came out an almost archetypal house whose architecture critically refers to the surroundings: blind walls with abusive windows split randomly, pattern-like plaster claddings, unusual plot access and a sequence of several underground patios. 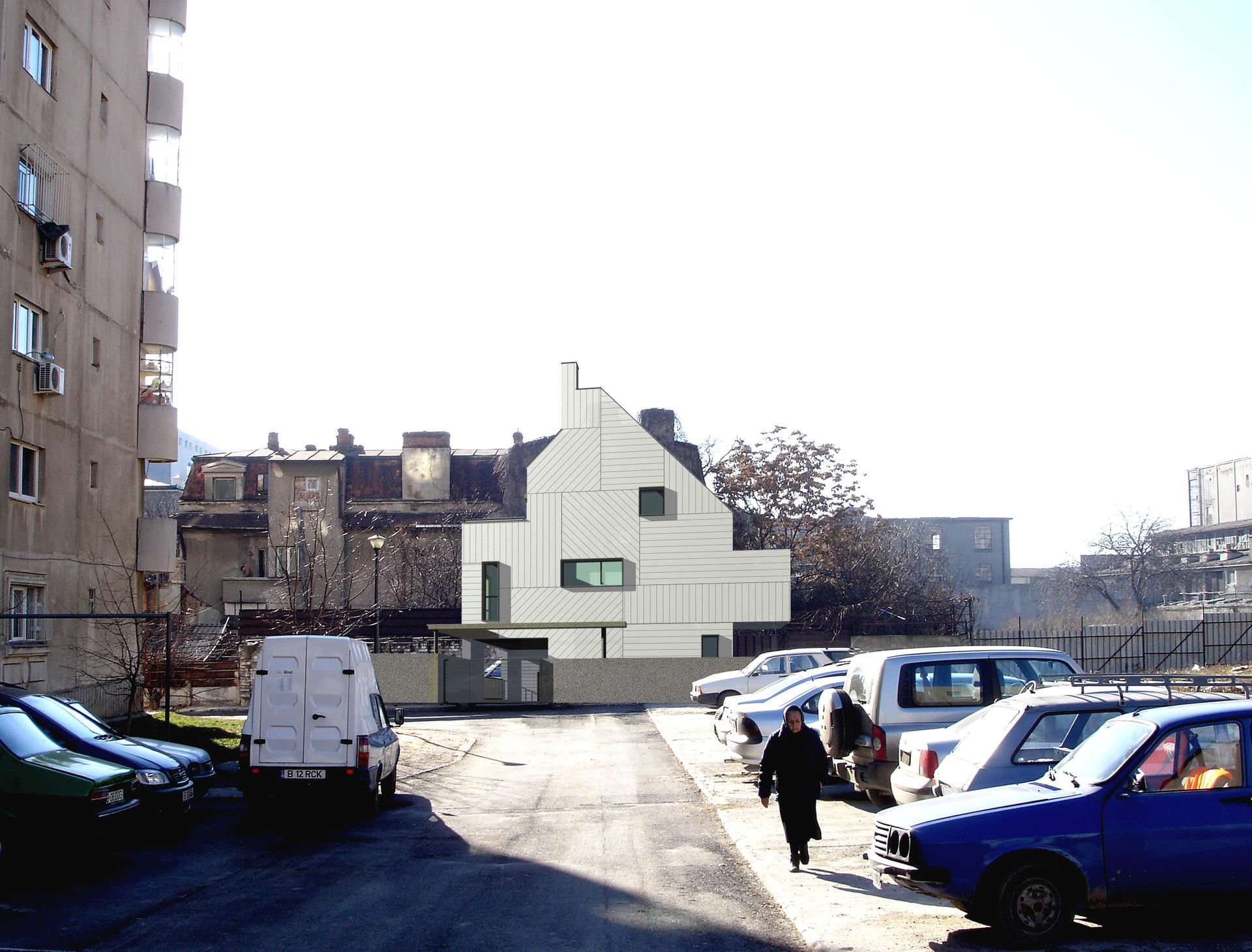 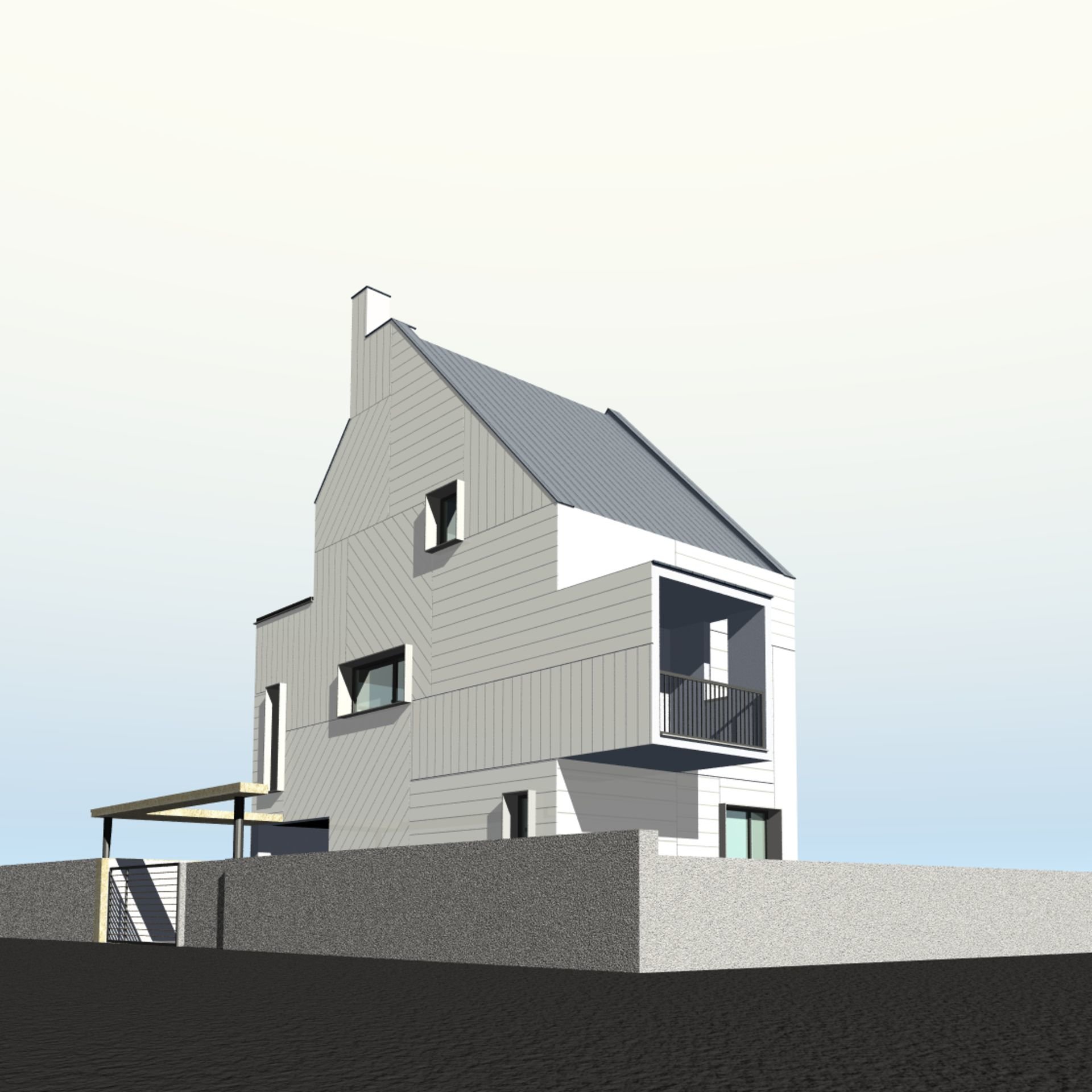 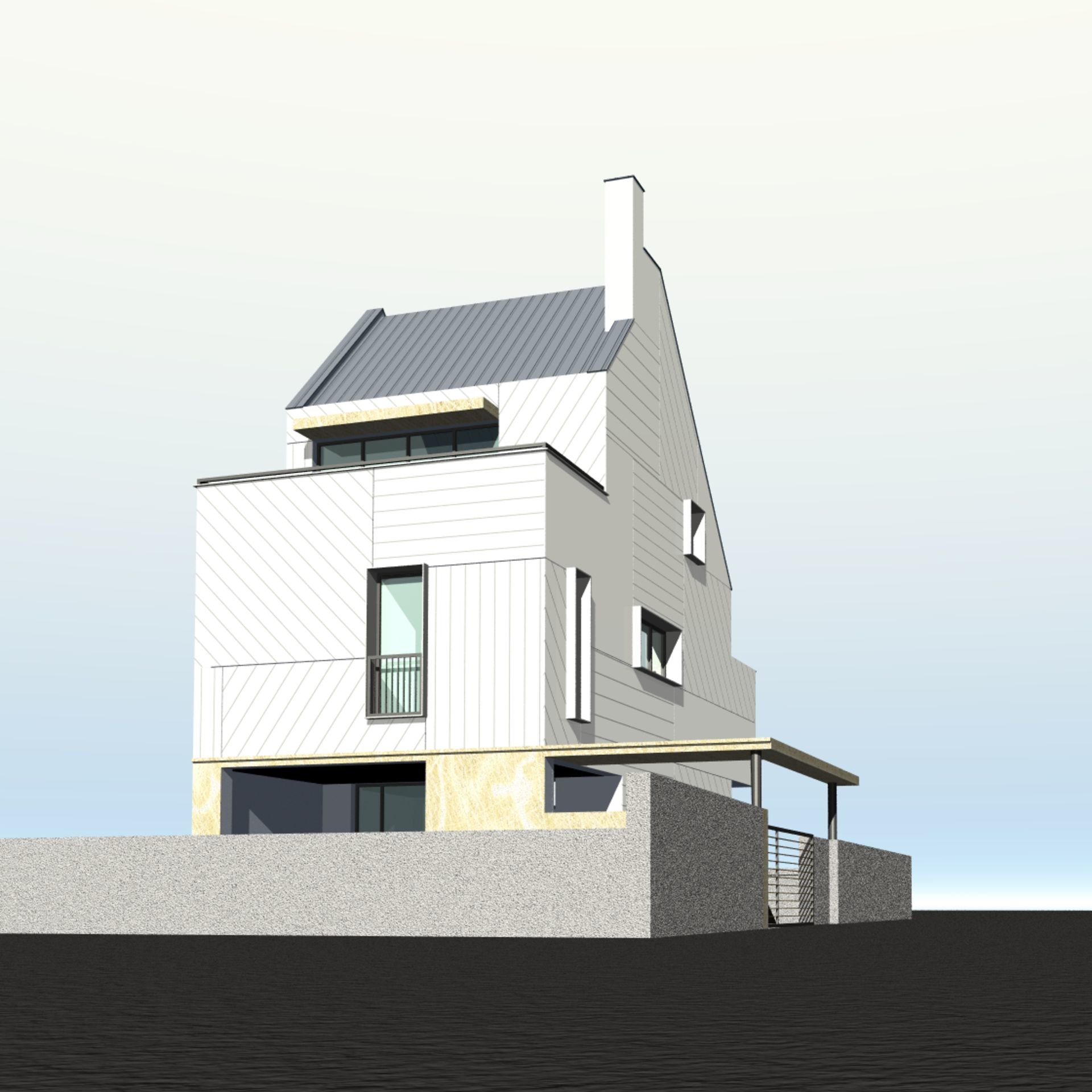 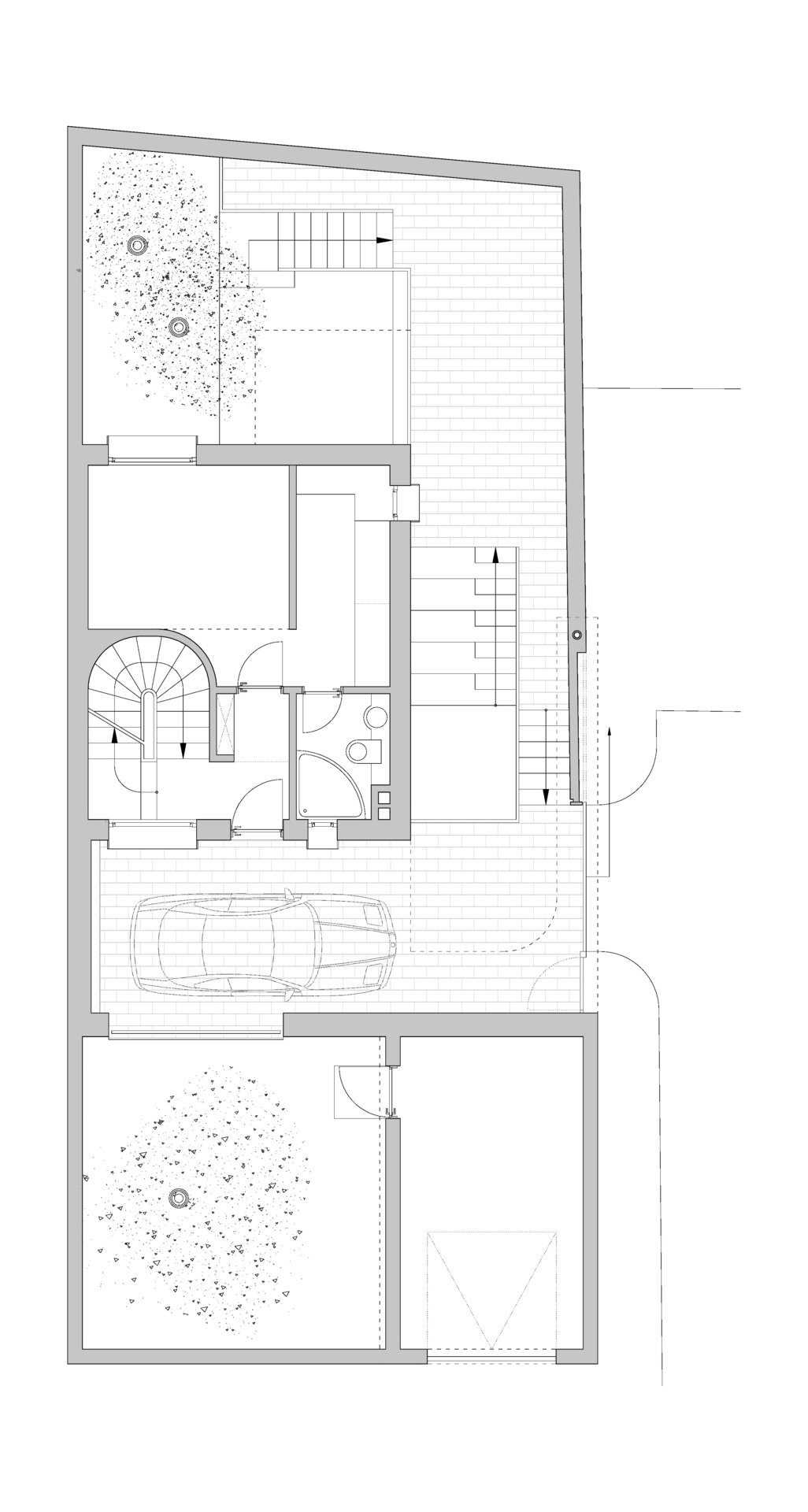