This dwelling was intended to be built in one of the satellite towns of Bucharest. As in the most of such cases, the context is a combination between rural and sub-urban, with very few real qualities that would eventually inspire the design. For this reasons, the design turns back towards itself, addressing its own abstract rules, and producing a self-referential object with a certain pedagogical role, set as a landmark in the middle of a rather amorphous place.

The house is developed on three and a half storeys and is characterized by the strong presence of a blind wall on the northern facade, while the other 3 sun-exposed facades offer a more playful presence. The interior is organized by the same northern blind wall, with interlaced voids and a full-height winter garden that hosts the staircase as well. 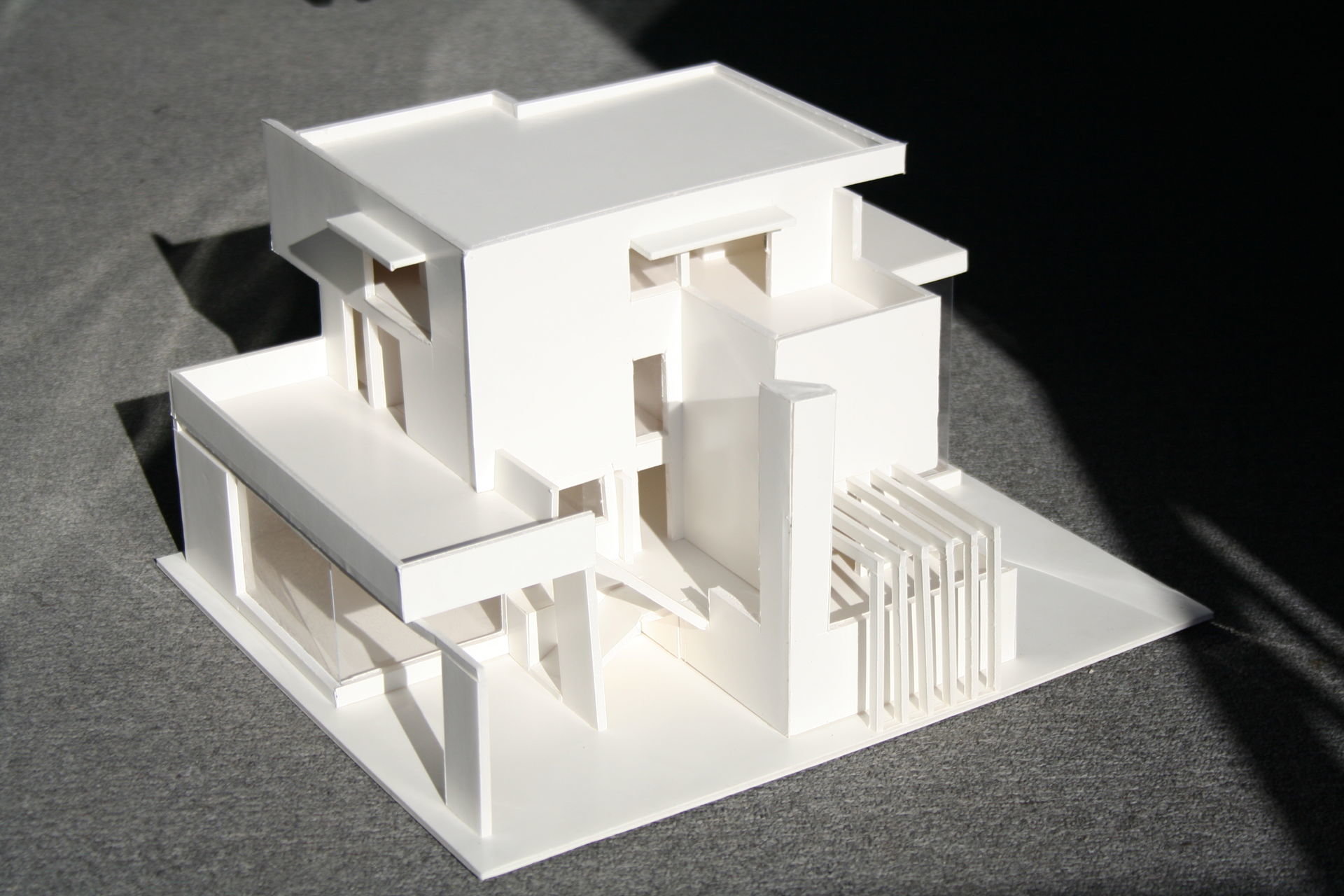 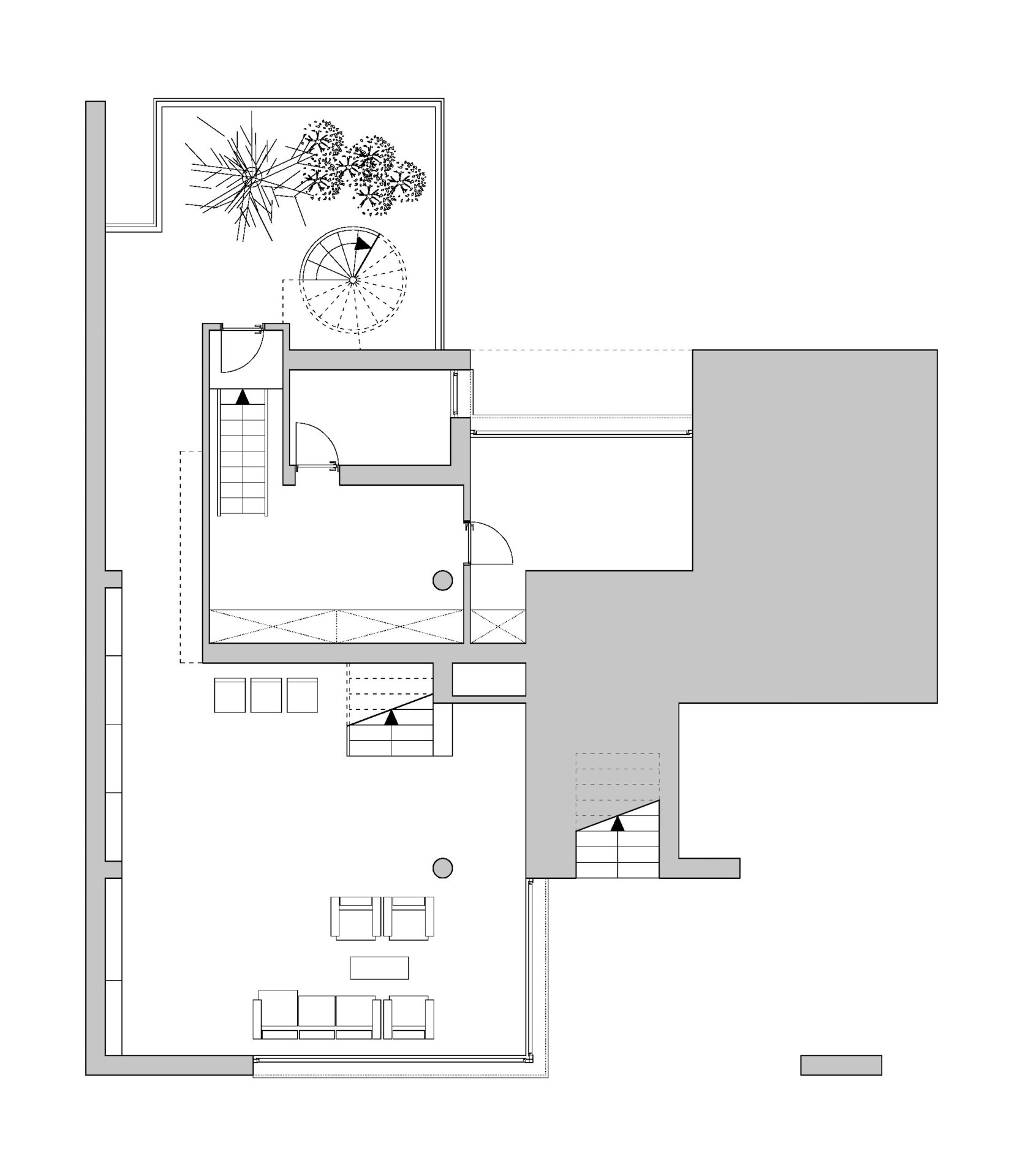 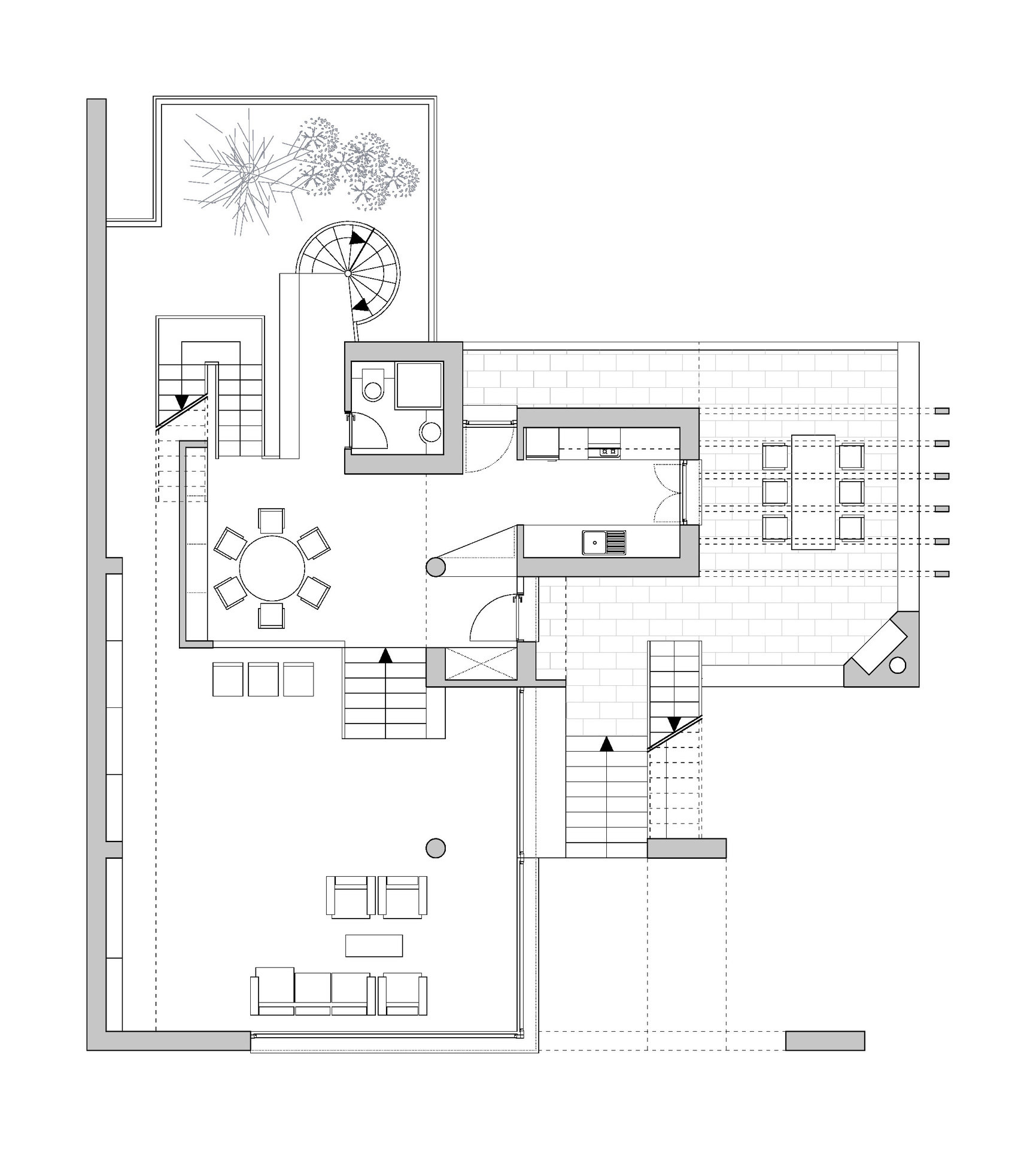 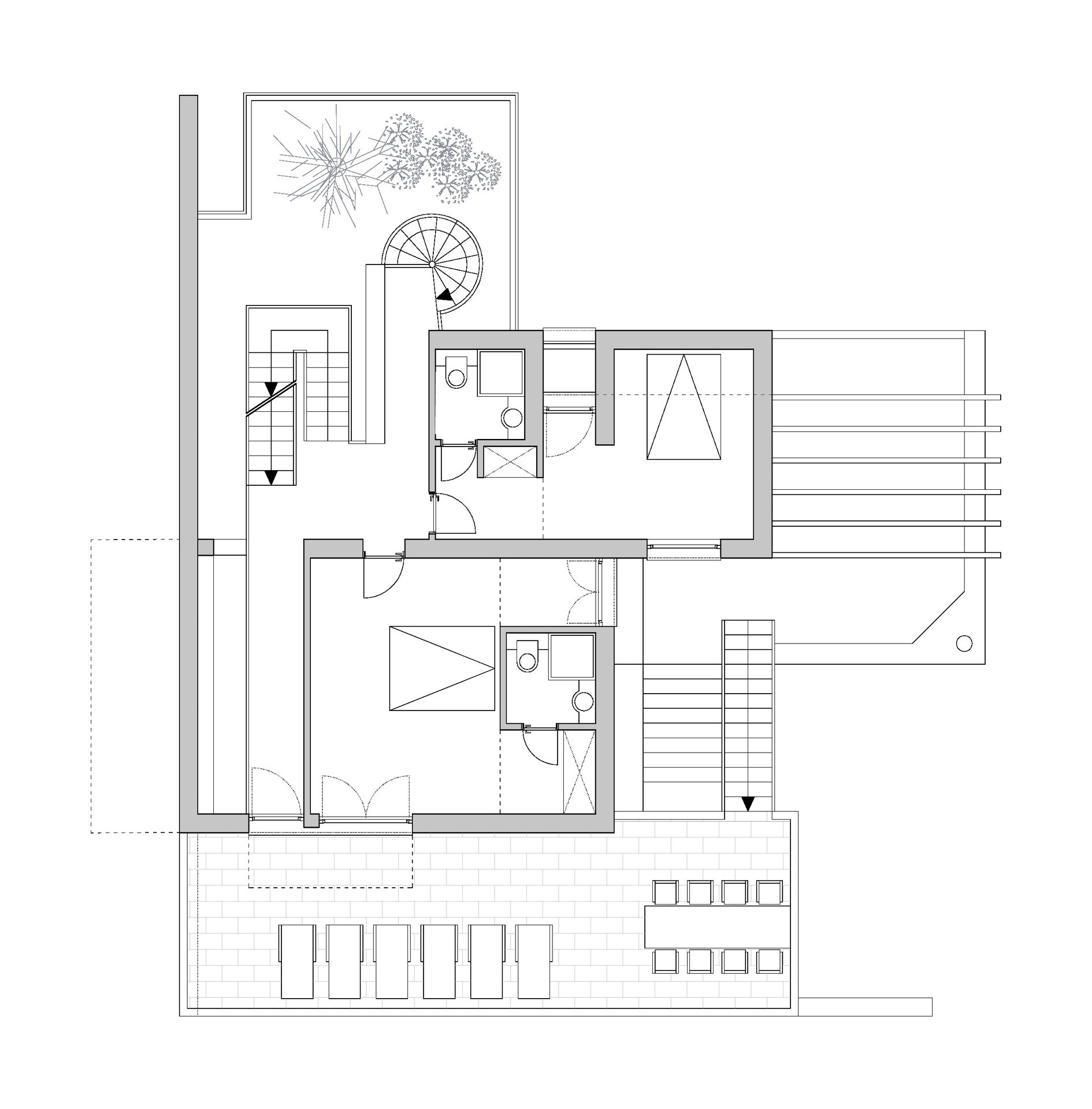 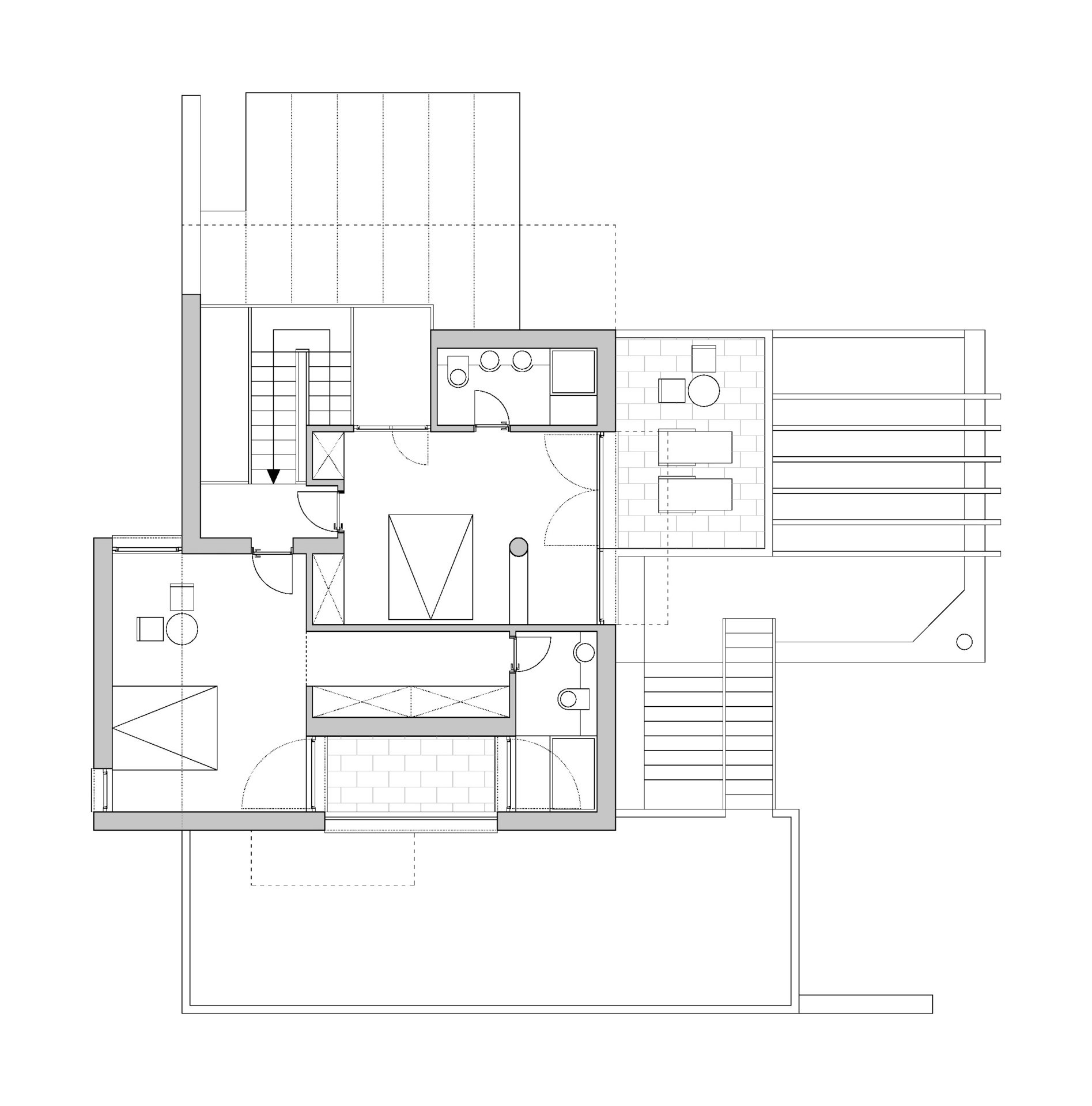